Albert’s parents paid 15 shillings and 9 pence for the following words on Albert’s gravestone: “Our beloved son. A good soldier of Jesus Christ and his Country. R.I.P.” The same words were inscribed on his brother Harold’s gravestone.

The opening day of the Third Battle of Ypres, 31st July 1917, can be considered a British success, with considerable ground gained. The British continued to make gains through August and September to a limited extent, but at a huge cost. The Battles of Menin Road, Polygon Wood, and Broodseinde Ridge could all show some ground gained, but at the Battle of Poelcapelle on 9th October 1917 success was harder to identify.

The 56th Field Ambulance was attached to 18th (Eastern) Division. They were involved in the next phase of Third Ypres, the First Battle of Passchendaele on 12th October 1917. This was a low point of Third Ypres; 13,000 casualties for no appreciable gain. The Ypres mud was as bad as it ever was, and men would simply be lost into the morass.

The 18th (Eastern) Division attacked near Poelcapelle, and were cut down in large numbers by the un-suppressed German machine gun fire from Poelcapelle. It is likely that Albert, as a member of the Royal Army Medical Corps, was hard at work on this horrendous day.

Despite this disaster, plans were immediately made for a second attempt on the 26th October. It was during this hiatus, on 18th October 1917, that Albert was killed. Albert’s family received a letter from his Sergeant saying that Albert was carrying some wounded near a dressing station when a shell burst near him, and he died a few minutes afterwards. Albert is buried in Bard Cottage Cemetery, about 2 miles north of Ypres. 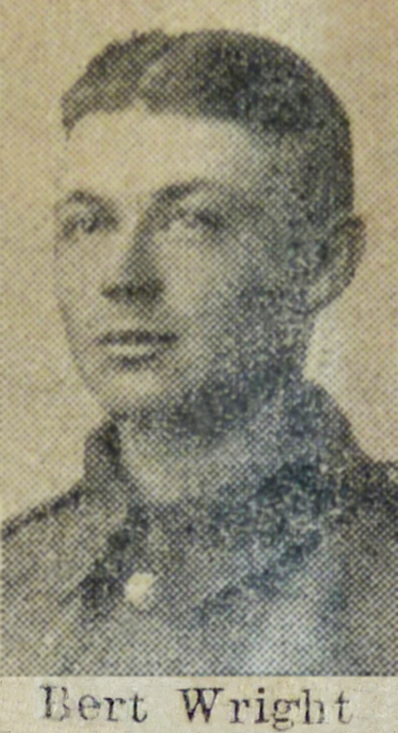